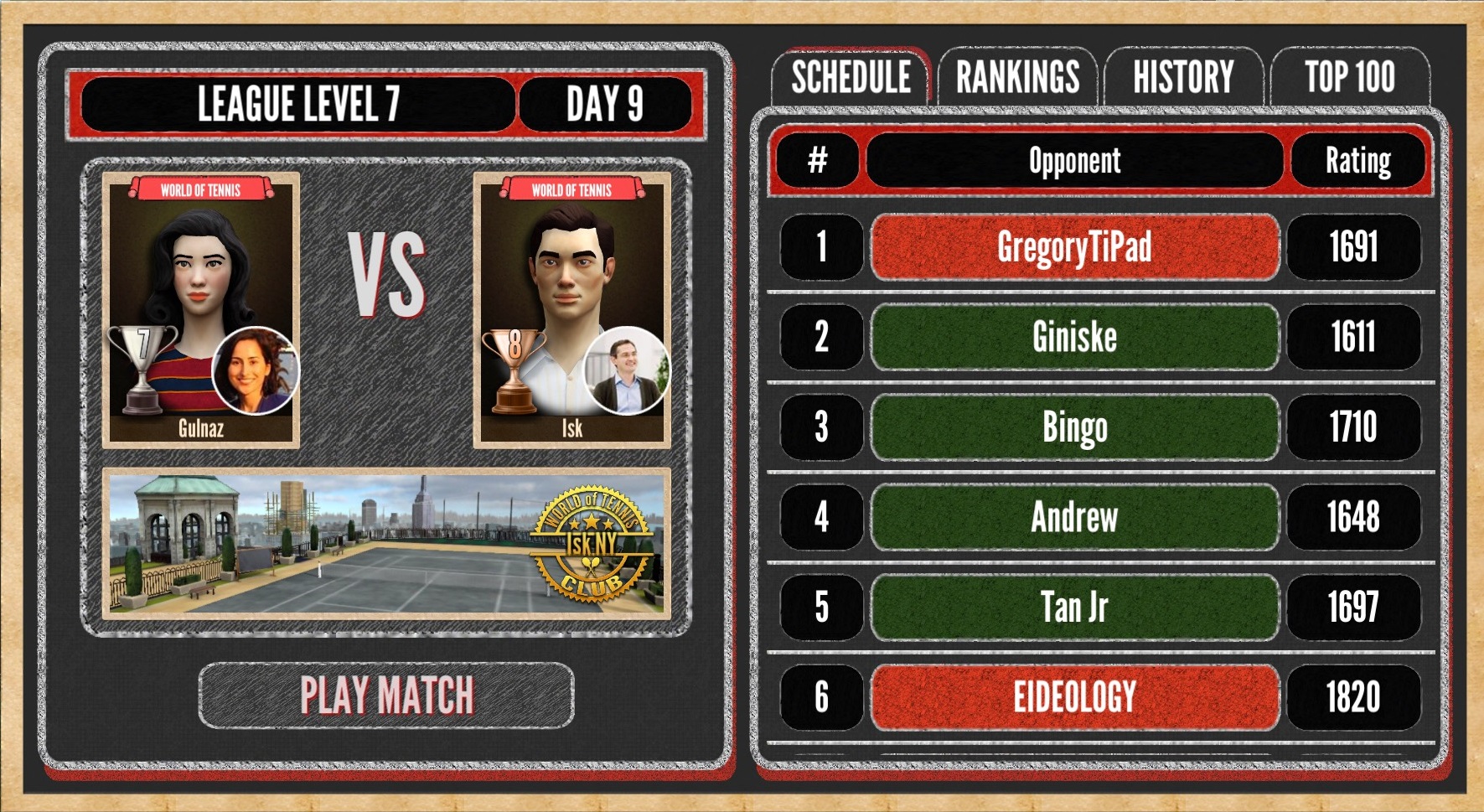 Take your skills away from the training and compete against other players around the world to test your prowess! Play in the league that pins you against nine others to see who has the technique to be the League Champion. Finish in the top three of your league and you will be rewarded with coins and skill points and will be promoted to the next Tier League!

Champions can’t just come in and win. Champions need to train. Log in to train every day before the League matches to build your skills and train your virtual agent to represent your home club well.

In League play you will: